What are you searching for?

Green Shoots was established in 2011 by Catherine Mckinley, a self-confessed Education Junky

She graduated from the United World College movement, which was founded in the 1960s by educationalist Kurt Hahn, who believed that education should be a ‘force for change’. This philosophy has guided Green Shoots since its creation. Hahn believed that ‘there is more to us than we know’ and that every child has a ‘grand passion’ that the right kind of school will guide and mould. His pedagogy focused on curiosity, tenacity, spirit, and compassion; character traits that can be seen every day on the faces of Green Shoots students.

Catherine spent over 20 years in Vietnam, establishing Green Shoots to meet the needs of her own children who have now both moved on to further education in Europe. The school has long been known around the dinner table as her ‘third child’, and one of her biggest joys is watching it grow and change as its older siblings have done.

Take a look at life at Green Shoots 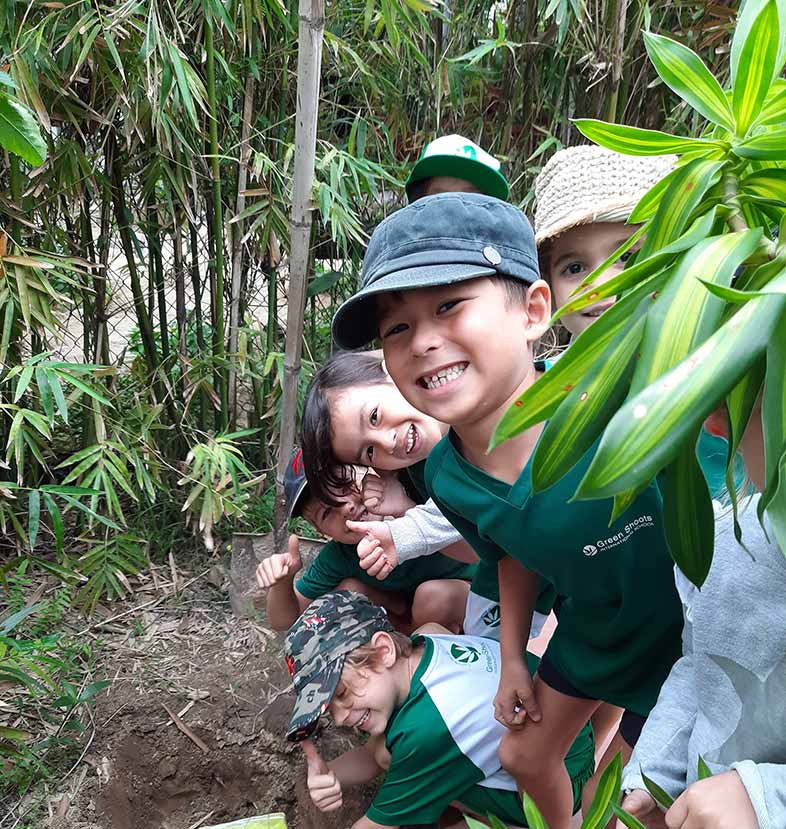